I asked a few of my favorite bloggers to give me a list of books that they recommend for your summer reading list. As always I got a awesome mix of some really amazing books. I hope this will make your summer reading more enjoyable as you feel the sand between your toes and the sun on your face.

Michelle twisted my arm and told me I had to come up with some summer reads for her blog. (I did totally twist her arm) I am so bad at this but here I go!

Since I have been in a huge mystery mood this year I have decided to go with my recommendations for summer mystery reads.

These are in no particular order but mainly as the titles pop into my head…lol.

Jill owns a small coffee shop/book store in a little town called South Cove. One of those quaint little towns that you might pass through on your way somewhere. The first book is called Guidebook to Murder. It’s actually a series I am almost caught up on. Just waiting for the newest book to be released on audiobook so I can listen to it.

This cozy is set in England but the lady is American. Her heritage is part English and she loves the English Gardens so she decided to try her luck at getting a gardening job in England. While working on her first decent garden she finds a dead body and then meets DCI Christopher Pierce who will become her romantic interest. I love this series because Pru is not young but somewhere around her late 40’s I believe but I know she is older than some cozies I have read. The first one is called The Garden Plot.

The Gaslight Mysteries by Victoria Thompson

If you like a historicals and mysteries like myself then I think this series is a good one to read. Sarah Brandt is a midwife even though she came from a wealthy family. She married beneath her because she married a Dr. and it put a rift between her and her parents. Now her husband is dead and she wants to carry on doing good deeds, she isn’t a doctor like he was but she can make sure all women have someone to deliver their babes. I am working my way through this one and so far I have read five but there is currently 19. I have three more until I have caught up with the ones that are currently out on audiobook for review. First one is called Murder on Aster Place.

If you want one with a little magic blended in, then this would be the mysteries for you. It’s not only hilarious but I really like the magic storyline. Ella Mae didn’t know she had a magic way about her until she starts baking her emotions into pies and some interesting things happen…lol. There are currently five of these out and I have four out of the five and so need to listen to the two I haven’t yet to be caught up with the ones out on audio. The first book is called Pies and Prejudice.

This is a hilarious cozy mystery series involving a married mother of two who one days goes to get carrots and ends up getting grazed by a bullet and all of a sudden she can read people’s minds. It gets her in a lot of trouble especially when a mobster named Uncle Joey finds out about her abilities. I am all caught up on this series and so can’t wait for another one to come out!! First book is called Carrots.

If you want something a little darker then I would recommend this British crime series. Helen Grace is not like any other DCI female I have ever read. She has a very strange fetish for a police woman and you would have to read it to find out. She has not had an easy life and she not only has to deal with men not liking her but her own superior tries to get rid of her and she is female. The first book in this series is Eeny Meeny.

If you want a little paranormal in your mysteries, then this is a good series. This series has a little magic in it as all Lee wants is to get a job at a TV station, so when the psychic is killed she ends up with her job even though she doesn’t know anything about that sort of thing. Though she can see things in black surfaces but she has no idea why. Her newest friend is a Wiccan and she ends up with the dead witch’s cat that doesn’t act like a normal cat. This is a fairly new series and only has three books out and I have listened to them all. First book is Caught Dead Handed.

If you want to do a bit of traveling in your reads and want some mysteries that don’t always end in a dead body, then this is the one for you. Amelia Moore is a Private Detective who specializes in Missing Persons. Each book has you traveling to a different country in search of clues to find the person who is missing. She always in list the help of handsome partner Rick to go along with her. The first book is called A Bali Mystery.

This is a cute one with a bit of magic in it as well. Kath inherits her grandmothers yarn shop and finds out that she has a bit of magic in her, though she really doesn’t believe it. She can put magic in the yarn she spins and has recipes from her grandmother. Every time there is a murder she has her TGIF posse (group of older folk) to help her solve the crimes. The first one is called Last Wool and Testament.

This is another detective series but it is so different than a lot of books I have read. Mort Grant is a Seatle Detective and he comes up against The Fixer. He ends up with a weird sort of relationship with this female assassin and you have to read it to find out what I am talking about as I don’t want to give it away. It’s also hard to explain this series without giving something away…lol. I like it because it shows you that you can be a good guy and have a bad seed (his daughter). Anyway, the last one left me with such a cliffhanger and I can’t wait to start in on the latest one! The Fixer is the first novel.

Thanks for stopping by to check out Stormi’s Guest Post
Have a great day and Happy Reading!!!
ox 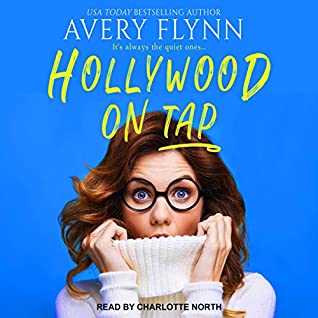 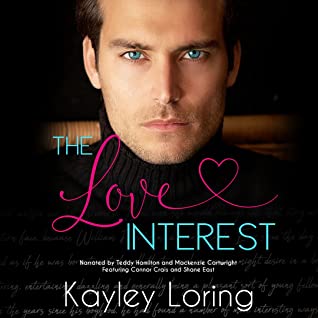