To be a normal teenage girl.
To forget about the past.
To fall in love for the first time.
Is that too much to ask?

Sixteen-year-old Allie Bailey just wants a break—a break from her overly-protected life. And Dragonfly Meadows summer camp is the answer. A summer away from her parents in the California Sierras with her best friend is exactly what she needs.

But once at camp, Allie notices that things are a little off. Paid excursions are cancelled and staff is replaced with shady new people. When the camp’s founder goes “missing,” Allie starts to worry. Unable to let it rest due to her past, she starts to investigate, enlisting the help of Logan Montgomery, her best friend’s older and adorably geeky brother.

When hauntingly familiar flowers appear in Allie’s cabin, she’s not sure what to think—has her past caught up to her? Yet, after Allie stumbles across a murder conspiracy and chases down the truth, she becomes a target. Pushing through her paranoia and fear to find strength, it’s up to Allie to save herself and the campers from a deranged killer before it’s too late.

Are you a book reviewer?
You can request a review copy of Dragonfly Nightmare here!

My life turned a corner today to a kickass summer. A glorious day sliding past go and collecting $200 on the highway to my freedom, two days after the ultimate Independence Day. I wanted to shout my bliss to the world, but I refrained from killing my mother’s eardrums any further. Nerd, much?

For the first time in my short sixteen years, I was headed to summer camp. How stupid exciting was that? For others it was no big deal, or even lame. For me, camp meant paradise, considering I’d begged my parents to let me go for the last four summers and got the big, fat no every flipping time. It wasn’t even about money. Just major overprotectiveness due to The Incident That Shall Not Be Cloned.

Although I was joining the Teen Leadership Program as a Cabin Leader, I was coming apart at the seams to revel in the whole camp experience. Not all would be work, though. My best friend slash partner in crime, Laurel Montgomery, and I had dibs on fun. Escaping the house for two weeks was a major step toward more freedom in my life. I just wished my parents held my same excitement. The thought deflated my insane joy.

My gaze bounced to Mom’s white-knuckled grip on the steering wheel. I brushed my fingers over her thigh. “It’ll be okay. You have to let me go sometime.” The four black beads rolled on my leather cuff as I withdrew my hand from her leg. I spun the beads around the band, ignoring their significance for a change.

I curbed the urge to pull more of my hair out before baldness set in. “We’ve hashed this out. You’ve checked out the camp a zillion times. Carla Amadori’s family has owned the joint forever. Laurel and Logan love her, and you spoke to all the other parents.” Overkill if you ask me. “And you know Laurel and Logan will kill anyone who even looks at me wrong.” Even though I kidded, I mentally kicked myself for dredging up that bit of paranoia.

Four years ago on my twelfth birthday, a psycho abducted me and held me at gunpoint for twenty-four hours. My father’s investment brokerage had fired the freak and he flipped. I knew the man from attending various company events. I was lucky he didn’t lay his grubby paws on me or physically harm me. The mental damage was bad enough. Now everyone looked suspicious, and I couldn’t go anywhere without spying one person who looked like a deranged kidnapper. After counseling, I’d learned ways to cope with the trauma, but I still watched my back whenever I left the house. Seriously, I had developed eyes in the back of my head.

The Incident shaped my teenage existence in so many ways. Worst of all, it royally curtailed my freedom. Four smothering years later, because Laurel and her seventeen-year-old brother, Logan, my appointed watchdogs, talked my parents into letting me go, promising they’d stay with me 24/7, I was on my way. Without Laurel’s nagging, I’d be stuck at home this summer with the swimming pool, my cat, and the housekeeper eagle-eyeing my every move.

For the most part, I had buried the memories of the abduction. When I dwelled on them, I made myself believe The Incident was a fictional movie about a girl named Alex. Now, I just wanted to appease my mother before she changed her mind and locked me up at Casa Bailey for the summer. The gates to my prison had opened. By the skin of my dead body, I wasn’t going back inside.

“Happened a long time ago, Mom.” I fingered the bangles on her right wrist. “You have to let it go.” You have to let me go. “Everything will be fine.”

“I know. I know.” Mom’s fingers loosened on the steering wheel. “You have your phone?”

Groaning, I knocked my head on the headrest. “For the millionth time, you know we aren’t allowed to bring them.” The camp was electronic-free, back to nature, home to crappy cell reception. I had no problems living off the grid for two weeks. I wasn’t big on social media or texting anyone except Laurel anyway. The parentals also forbade me to engage on social media, so my phone was simply a phone.

“Right.” Eyes on the road ahead, Mom dug through her purse and withdrew a new smartphone. “Take this.” She stuck it in my hand. “Keep it with you at all times.” A charger landed on my lap.

“Are you kidding me? Mom!” I held the phone as if dog crap coated it. My nose wrinkled. “Paranoid, much?”

“No, I’m not kidding. Don’t tell anyone you have it. Not even Laurel or Logan.”

“You planning to call me every flipping day?” I stuffed the phone in my hobo purse and clutched the bag to my chest, my irritation fading as we neared the school.

“Watch your tongue.” She wheeled the car into the parking lot.

We passed through the familiar scrolled wrought-iron gates of my private school. The campground had a deal with the San Francisco school to use their bus to cart local kids to the camp. Otherwise, you wouldn’t catch me dead or alive on school grounds during the summer.

Vehicles jammed the small parking lot, ignoring the white parking lines. Logan stood by the Montgomery’s silver van. He’d morphed into a taller, sinewy geek with pale skin sorely needing a tan. Maybe he’d buy one at camp, far, far away from me.

Ugh. Why’d he agree to come this summer? Seeing him set off a tumble of thoughts inside my head and an odd crick in my heart I wanted to avoid. I’d once had a tiny crush on the gangly, too-tall-for-his-body loner. Into mixed martial arts, he had a black belt which made him king of the geek squad. Laurel, Logan, and I used to hang like birds on a wire at their home when my parents worked, which was all the time. Then the abduction happened. Next thing, I had the plague as far as he was concerned. He’d disappeared without a word to boarding school in Arizona, and then abruptly returned home this past December for his final semester of junior year. My crush evaporated along with many emotions and feelings that year. We’d avoided one another since his return, both of us burying our heads in the sand. Logan had much ado about the kidnapping, and neither of us had confronted each other about that gruesome event. Talk about lame times ten. Blame, resentment, guilt, sorrow, it all boiled up into a mixed stew when I thought about him. Confusion skewered me most of all. I repeat, ugh. 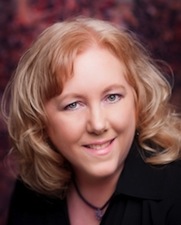 Erin Richards lives in sunny Northern California. She writes young adult fiction and adult romance, where you’ll typically find her characters in peril, whether based in reality or a contemporary fantasy setting. Magic, murder and mayhem are all in a days’ work! In her spare time, she enjoys reading, photography, and re-landscaping her backyard, even though she hates digging holes…unless she’s burying fictional bodies! Erin also confesses to a fascination with American muscle cars…and reality TV shows. Keep up with Erin’s latest news, exclusive content, and giveaways and subscribe to her Newsletter.