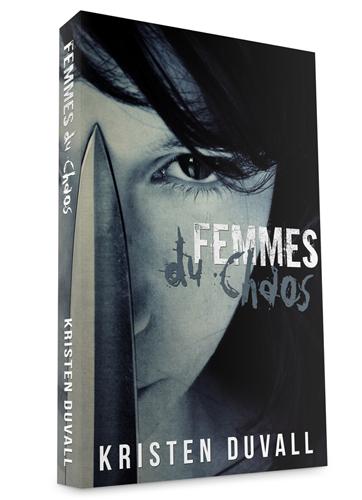 They messed with the wrong girl this time.

From heroes to villains, Femmes du Chaos sets out to show the world what the fairer sex is really made of. You’ll meet women of all ages and from many different walks of life… Warriors and schoolgirls, side-by-side in one place. One thing connects them all, and that is their ambition. Whether they use their ambition for good or evil, well that’s for them to decide. Gritty, fantastical and sometimes uncomfortable to read, Femmes du Chaos is a tour de force that holds nothing back. There will be violence and there will be blood.

Here are a few of the femmes you’ll meet in this thrilling collection:

Sylvia: The bounty hunter with a dark past who is hellbent on revenge. When the justice system fails her, she sets out to correct their mistakes.

Layla: The ballerina who wants to be a star who’s spent her life being overshadowed and under-appreciated. What happens when she stumbles across magic that makes her sister the star she’s longed to be for so long? Let’s just say, you’ve never seen sibling rivalry like this before.

Mallory: A young girl who can see the future in her dreams. She’s saved lives in the past, and her dreams are warning her to not return to the world they all left behind. Faced with starvation, no one wants to believe her about the multitude of horrors that wait for them above. After all, monsters don’t exist… Or do they?

Some will survive and come out stronger in the end… And some will let the darkness consume them. After all, no two girls are ever alike.

First it was Eden Leary, in her bed one summer night, no sign of a break-in. Her little neck at an angle unnatural to the human body. Her trachea completely smashed, pieces of flesh missing from her arms and legs. Scars dotted her body in places often hidden to the average eye. Her father was behind bars; her mother in the mental hospital on suicide watch.

“Who could do that to their own child?” Mrs. Jones said. “They always seemed like such a nice couple.”

“She said she didn’t know where the scars came from, that she assumed she had been rough housing with her brother.” Mrs. O’Shea shook her head. “She knows damn well where those scars came from.”

Then it was Riley Jones. Her mother had stepped out of the playroom for only a second. She heard a scream only to return to find her little girl laying in a pool of blood, her face torn completely off.

Mrs. Jones ended up in the same institution as Mrs. Leary, knowing she should have taken more pills.

“They came to me in my dreams. The people we left behind, I mean.”

“And what did they say to you, Mallory?” Dr. Russell tilted her head, paper and pen in hand as she took notes.

“My friend, Zora spoke to me. She told me that I should never come up again.” I refused to look the doctor in the eye as I spoke. “Or else.”

“Or else what?” Dr. Russell stared at me and let the silence fill the room as I deliberated whether or not I should tell her. Finally, the silence became too much.

“They’d eat me.” I lowered my voice before continuing, “she’d eat me.”

The doctor nodded as she wrote something down. “Tell me about the dream. Start at the beginning.”

“It all started at six fifty seven a.m. when the announcement was made to exit the shelter. Then my dad woke up and we had the last of our rations while everyone celebrated outside,” I said. I chewed on my fingernail, not sure if I should go on.

“What happened next?” she asked.

They opened the doors anyway of course.” I shrugged my shoulders. “And they were there. Only they weren’t the people we left behind, they were… monsters.”

“Mmm I see…” The doctor wrote something else down on her notepad.

“My dreams come true, you know.” I stared at her as she stopped writing and looked up at me. 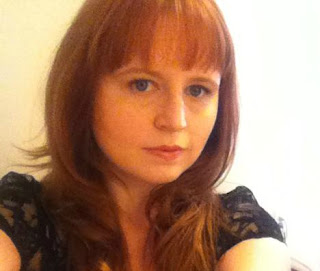 Kristen Duvall is a writer of tales both real and make believe. Born and raised in the Midwest, she now resides in Southern California with her boyfriend, her Great Dane and her rescued calico kitty. She’s been writing and sharing her work online for several years now, and has decided to take the plunge into publishing her work for the world to read. She dabbles in horror, science fiction, fantasy and speculative fiction. She enjoys both Adult and Young Adult fiction and loves to write strong female characters. You may follow her on Facebook or visit her website.

Coming Soon
The Princess and the Piper (title may change)
A utopian version of The Prince and the Pauper, only with lesbians.
The Caged Girl
A romantic tale of a girl, a boy and decapitation. First in a forthcoming sci-fi/dystopian series.
Here There Be Dragons
YA or possibly middle-grade story of a girl on a mission to do the impossible.
The Devil’s in the Details
A horror novella about the devil’s right-hand man.
Social Media Links
Facebook
Twitter
Website and blog
Goodreads

Lots to do ~ Task It Tuesday!

I will officially be MIA until further n

Busy..Still & April is almost over?