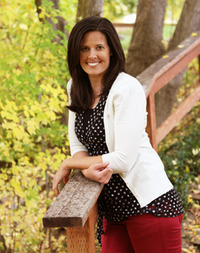 Rachael Anderson is the author of five novels (Working It Out, The Reluctant Bachelorette, Minor Adjustments, Luck of the Draw, and Divinely Designed) and two novellas (Twist of Fate, from the All I Want anthology and The Meltdown Match from The Timeless Romance Anthology: Summer Wedding Collection). She’s the mother of four and is pretty good at breaking up fights, or at least sending guilty parties to their rooms. She can’t sing, doesn’t dance, and despises tragedies. But she recently figured out how yeast works and can now make homemade bread, which she is really good at eating. 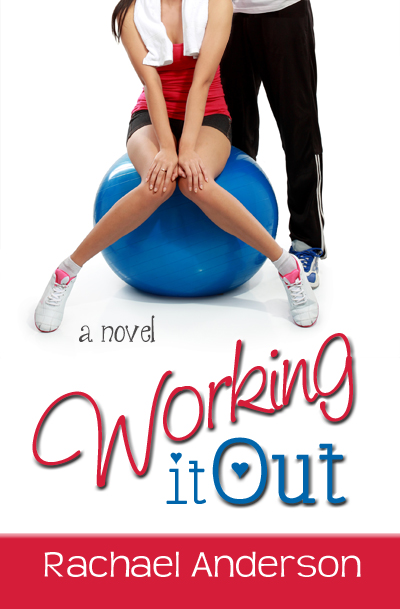 Working It Out A chance encounter . . . Grace Warren’s life is safe and predictable—exactly the way she likes it. But when she gets roped into going to an auction to help out a friend, everything changes. She meets Seth Tuttle—a guy who unexpectedly kisses her then disappears, leaving her flustered and upset. If she never sees him again, it will be too soon.

A chance for love . . . Weeks later, when Seth limps into Grace’s rehab clinic post surgery, she immediately recognizes him. Unfortunately, he’s every bit as frustrating and annoying as she remembered. Yet there’s something about him that makes her second-guess her carefully placed boundaries even though he’s everything she’s sure she doesn’t want in a man. But maybe Seth is exactly what Grace has needed all along—assuming she’s willing to risk safe and predictable for a chance at love.

Amazon / Amazon Kindle
Add to Goodreads
********************************************************************
Review:
The story is super cute and heartwarming.
Grace Warren, she is a homebody, moody and works way too much, she is a physical therapist and one of the best in Seattle. Getting ready to leave to go home her coworker Cameron (I wasn’t a fan of him something he says in the book turned me off) asks her to do him a favor by coming to an auction that is auctioning off bachelors for a charity, Promising to pay her back, she reluctantly agrees and arrives at the auction ready to bid on Cameron and hoping to make him pay her back 3x what he is really worth. Instead she encounters a rude and arrogant man that not only bids on Cameron so he can help with the charity he also steals a kiss from her.
Seth is handsome, immature, funny and a danger seeker. His friend Lanna asked him to join the auction but he just wants her to take his money. He wants to help her after promising his BF who passed away and Lanna brother he would take care of her. But she doesn’t want the money she wants to earn it. So when Seth shows up at the auction instead of being a part of it he bids $20,000 on one of the men. Seem to piss off the young lady looking to bid on him. To prove he’s not gay by stealing a kiss from her making her extremely angry and storming out the door. With every intention of making it the last time they would see each other.
So they thought!!!
After an accident Seth winds up at the clinic Grace works for and he is her patient.
Seth. With great determination Seth does everything in his power to try and get a date with Grace but she is adamant not dating her patients and doesn’t want to get involved with him. She has a thing about the meaning of names and she believes Seth whose name means Chaos will cause her life to be turned upside down and she can’t deal with that. Once grace lets herself go she realizes how much she would have missed if she passed him up.
The story is fun, heartwarming and has some moments that tug at your heartstrings. I loved the characters and I really wanted them to be together as well as Grace’s Brother who you hoped things would work out for him as well.
I really enjoyed this story, it is PG and has no adult situations but it is a great read and really quick. When I started I read it so fast and was so engrossed I read it in about 2 days probably less if I didn’t have to go to sleep 🙂
I recommend this to anyone looking for a really great read. It is also excellent for young adults.
********************************************************************
Blog Tour Special Price Drop!
Grab a copy of Working it Out for just $2.99!

Turn of the Moon by L.P. Dover book blit

Last Day of School and a Light Summer ~