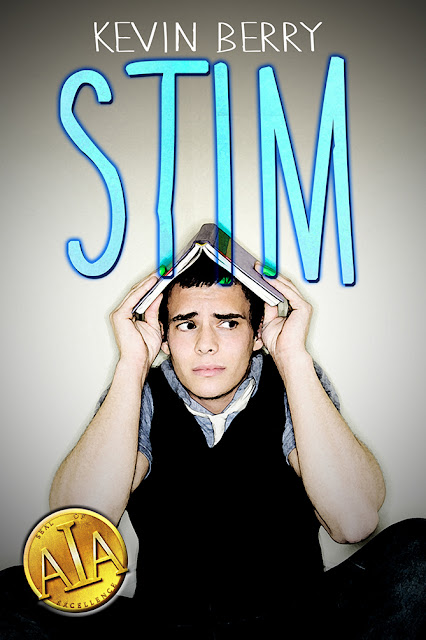 Synopsis:
Robert is different. He has Asperger’s Syndrome. He experiences the world differently to 99% of the population. Follow his entertaining and highly empathetic story as he struggles to realise and accept who he really is, try to understand other people—which he cannot—and find a girlfriend. Especially find a girlfriend—he’s decided it’s his special project for the year. Accompanied on this transformative journey by his quirky flatmates, Chloe (who also has Asperger’s, amongst other things), Stef (who hasn’t, but doesn’t mind) and their oddly-named kitten, Robert endures a myriad of awkward moments in his quest to meet a nice, normal girl…and not even a major earthquake will stop him.

This absorbing and humorous story is starkly told from Robert’s point of view, through the kaleidoscope of autistic experience.

The temperature seemed even hotter than before as we pushed the trolleys back the same way to collect my belongings. My feet dragged as if I were wading through golden syrup with a ball and chain attached to each of my legs. I tried to imagine that we were trudging through some endless desert somewhere, but it obviously was not a desert, it was a main road lined with P30 parking signs, and the shopping trolleys were probably marginally easier to push along the footpath than through the sand. They did seem to have a life of their own, though.

The concert outside the Student Union still proceeded noisily and apparently quite chaotically, and if we were heckled again, I did not notice. This was because I felt too exhausted to look. My shirt and Chloe’s top were wet with sweat and sticking to our skin.

We loaded my things into the trolleys—one box of clothes, my laptop and two boxes of books. I collect books like a dragon reputedly hoards riches. They are my little treasures, though I cannot afford to buy them often, and I usually acquire them second-hand. I love it that a book can be relied upon to provide the identical information, or tell the same tale, time after time—unlike people, who can be fickle. Rereading something I already know is grounding for me, and it is pleasing to know that information in a book is always the same each time I look at it.

It was now late afternoon. The trolleys were not easy to handle, not having been designed for long-distance pavement journeys, and squeaked continuously, making me grind my teeth in annoyance. Chloe stimmed by tapping out a beat on the handle of her trolley as we walked, the regularity of which was reasonably calming. Sometimes, one of the trolley wheels would stick and drag along the footpath with a high-pitched shrieking until it freed itself. Other times a wheel would turn randomly, causing one of the trolleys to lurch sideways abruptly, like a pouncing metallic cat. However, we managed the almost 3km back to our new home without serious incident.

After the constant noise and bustle of the halls of residence, it seemed positively tranquil in the new house. I got my first look at my new room. It was a comfortable size, 4.7m by 3.9m, and well laid out, almost a clone of Chloe’s room in size and shape. Chloe had the room next to mine, then there was Stef’s room, and one bathroom, which we would all have to share. Chloe announced that she would draw up a colour-coded timetable for the bathroom for the three of us each morning and evening. I appreciated that careful planning on her behalf. That was one more detail arranged (and one fewer thing about which to be anxious).

We unloaded my possessions and took them into the house. Chloe bent over and carefully placed a box of books on top of the one that I had put down next to the bookcase. As she stood up, she wiped the perspiration from her forehead with her left hand. She wore a white sleeveless top (because this was a Friday), and sweat gleamed on her arms and shoulders. Her blue hair was tousled, and I wondered if she felt as worn out by the heat as I did. One strap of her top had fallen down her right shoulder, but she ignored it, or perhaps was unaware of it. She took three steps to my bed and lay down, letting out a heavy sigh. She twirled her hair with her left hand, and patted the bed with her right hand.

“Robert, why don’t you sit down here? You must be tired. You could rest a while too, lie down, maybe. We could talk or…you know, something.”

I thought I knew how she felt, though, of course, I could not know for sure without Chloe telling me. This was a significant move for us both, bringing a lot of change and, inescapably, anxiety. As she rested, I looked eagerly at the empty bookcase, already mentally arranging my books in order by category and (within that) alphabetically by author. I felt a surge of excitement as I anticipated removing them from the cardboard prisons of their boxes, feeling the smooth dust covers in my hands, and placing their regular rectangular shapes neatly onto the white shelves in front of me in a perfectly ordered, systematic manner.

Chloe sighed again. Perhaps it was because she realised she would have to unpack also, and felt too tired to do so. Suddenly, I realised that we had missed our break together at the university café because we had been too busy moving into the house. I felt thirsty. A cold drink would be good, but a hot drink ought to be better. Apparently, hot drinks cool your body down faster than cold ones.

“Do you want to go out for a coffee?” I asked her.

“I don’t drink coffee,” she said abruptly, then sat up, stood and left the room. A few seconds later, I heard the door of her room close.

That is right, I admonished myself. Chloe drinks green tea. No wonder she did not want to go out for a coffee. 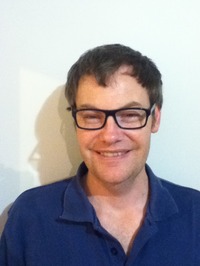 AUTHOR BIO:
Kevin Berry is an indie author. His particular niche is writing Aspie New Adult contemporary novels set in an earthquake zone. The first of these is STIM, published in October 2013.

His first novels, co-written with Diane Berry, are Dragons Away!, Growing Disenchantments and Fountain of Forever (humorous fantasy). These are available as paperbacks and ebooks at Amazon and elsewhere.

Let’s face it. Every author gets mixed reviews, even (and perhaps especially) the top bestsellers. Just like we’re not all attracted to the same kind of people, we don’t all like the same kind of books.

Most readers know this. And a negative review, if constructively written, can help them decide to buy your book, because whatever the reviewer didn’t like might be exactly what the next reader does like in a book. The only negative reviews that don’t help are one like ‘This book sucks’ that tell you nothing about it.

Of course, every author likes to get lots of good reviews and 4 or 5-star ratings, but even those can be misleading. It’s said that reviewers on Goodreads are harsher than those on Amazon, for instance. Individually, some people might give very few books a 5-star rating, but others might give every book they like a 5-star rating. It’s hard to compare.

Even the overall rating can be misleading as to how good a book is going to be for you individually. Here’s why. Imagine two books: the first is a well-written, but run-of-the-mill, novel that nearly everyone likes, with mostly 4-star ratings and a few 3-star and 5-star ratings to give a 4.0 rating overall. The other book is different, and half of the readers don’t ‘get’ it and don’t like it (and give it a 2-star rating), and the other half really love it and give it a 5-star rating. The overall rating for the second book would be 3.5, well below the first book, even though half of the people who read it gave it 5 stars, and half of new readers would like it at least as much as the first book. In this case, it comes down to a choice between a book you’ll probably like and a book you’ll either love or hate.

What is probably more important in choosing a book is the ratio of 5-star ratings to the total, or whether people who appear to like the same kind of books as you liked it or not.

COVER REVEAL ~ Pulling Me Under by Rebec