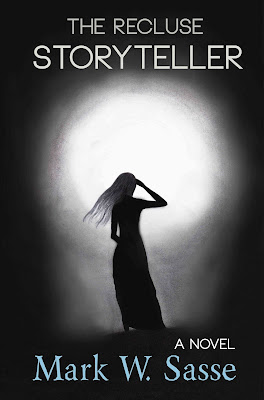 Red Hat hijacks a yoghurt truck and barrels into the Chester Walz Bank at full speed, desperate to open a safety deposit box.

The twins, beckoned by an ominous streak of light across the sky, climb Harper’s Hill to encounter an apparition of their missing father.

The reverend stands on a muddy ridge, the barrel of a rifle in his neck, looking down on a Vietnamese village, scarred by war and regret.

The stories come to Margaret at all times, but they are anything but random. A fractured view of Michael Cheevers’ red hat through a discreetly cracked door sends her off on adventure. A glimpse of the Johnson twins from apartment 2D takes her to the lonely hill on a Midwestern prairie in 1887. The regular letters from Reverend Davies, who has tried to look after Margaret since the death of her mother, brings her to the brink of exhaustion, staring intensely into the heart of war deep in the jungle of Vietnam.

Margaret is not insane, at least not in a clinical sense. She’s like a midnight raccoon, painfully aware of her surroundings, gleaming crumbs of information at every turn; eyes peering incessantly in the night, stealing glances of neighbors behind partially opened doors.

But the tales that she weaves were not meant to merely hold empty court to the receptive dead air of her apartment. Her stories were meant to embolden the lives of the inhabitants of that drab apartment block because her story is also their story—and everything would be different if they could only hear her stories.

The Recluse Storyteller weaves five stories into one as the loner Margaret not only searches for meaning from her reclusive life, but also gives meaning in the most unexpected ways to the troubled souls of her apartment complex. Part adventure, part tragedy, and part discovery, The Recluse Storyteller bridges genres, bringing hope, life, and redemption to the broken relationships of modern society.

Purchase Links:
Amazon: http://www.amazon.com/The-Recluse-Storyteller-Mark-Sasse-ebook/dp/B00FOBQ464/ref=cm_cr_pr_product_top
Barnes & Noble: http://www.barnesandnoble.com/w/the-recluse-storyteller-mark-w-sasse/1116875186?ean=9781492241256
Smashwords: https://www.smashwords.com/books/view/355095
************************************************
Enter the Mind of a Storyteller
One of the first reviews that posted for my second novel, The Recluse Storyteller, kind of caught me off-guard. It stated:
“Behind every story is a storyteller with a distinct character and personality that the audience rarely sees. The Recluse Storyteller takes one such storyteller and delves deep into her mind, exploring the tangled and rambling thoughts of her stories … [it] delves into a realm we generally ignore: the process of creating stories.”
I was surprised that from a reader’s bird’s-eye view, the story-writing process is what came to the forefront. I find this particularly fascinating because The Recluse Storytellerwas indeed for me a lesson in the creative process.
In the novel, Margaret is a recluse who watches her neighbors from behind discreetly cracked doors. They become her muse, and she tells stories about them into the empty, stagnant air of her well-barricaded room.
As I was writing, I found that little things inspired me, which in turn inspired Margaret. For example, one day I had the image of a man leaving an apartment block wearing a red hat. Margaret seized on that idea in the novel and created a story about her neighbor Michael Cheevers, who always wore a red cap. The character “Red Hat” was born – the cocky terrorist who will do whatever it takes to retrieve a precious key from a safety deposit box. As Red Hat’s story progresses, it becomes more and more attached to Cheevers’ real-life story. The one is told by the author, me, and the other by the recluse – Margaret. Yes, this is a sticky, storytelling business.
Here’s another example of real-life inspiration which seeped into my novel. When I was a boy, I would often go walking into the woods near my house to go exploring. There was one particular open field with rolling hills with a solitary crab-apple tree on top of the highest knoll. It was a striking scene every time I saw it – a lonely tree in the middle of a vast expanse of alfalfa. In the novel, Margaret took that memory from me and weaved a story where a lonely tree on Harper’s Hill becomes the focal point of a heart-wrenching and heart-warming story inspired by twins that live down the hallway from her.
Margaret’s inspiration is partly fueled by the real sights, sounds, and images that have impacted me in real life. But in addition to these, as I imagined what a mind like Margaret’s would look like, her stories took on new life in unexpected directions. We became like a storytelling duo with myself giving a writer’s perspective from the outside and Margaret adding a storyteller’s perspective from the inside.
Story on top of story, intricately woven together to the point where they begin to touch and affect her neighbors in strange and unexpected directions. From a 19th century farm house, to the middle of a Vietnamese jungle, to a high-speed car chase, The Recluse Storyteller takes you places you won’t expect while giving insight into the very process of creating stories which are worth telling.
I hope you’ll give it a try.
************************************************ 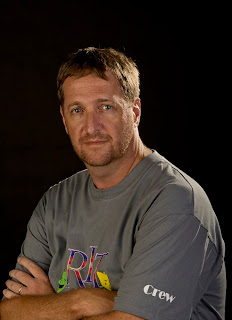 Mark W Sasse was born and raised in Western Pennsylvania, but he has lived in Asia (Vietnam & Malaysia) for most of the past twenty years. He has been an independent author for about a year, publishing his first novel, Beauty Rising, in December 2012. He is passionate about live theater and has written, directed, and produced nine full-length productions for the stage. His script, “‘No’ in Spite of Itself” won “Best Script” recently in Penang’s Short & Sweet Theatre Festival. His third novel, The Reach of the Banyan Tree, is finished and is set to release mid-year 2014. He is also working on writing a full-length musical which will debut at the Penang Performing Arts Center in May 2014.
Links:
Writer’s Blog: http://mwsasse.wordpress.com/
Facebook: https://www.facebook.com/markwsasse
Goodreads: https://www.goodreads.com/book/show/18454126-the-recluse-storyteller
Thanks for stopping by to check out this awesome author
Interested in being a feature
Here is the link to all the details
http://love2readalways.blogspot.com/p/authors-spotlights.html 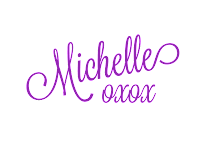 Sleeping Beauty & The Beast by Meli

Every Five Minutes by Bronwyn Elsmore ~