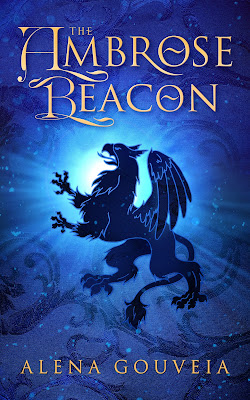 Synopsis:Strange things have been happening in Evergreen, Colorado. People are disappearing, wolves are prowling the woods for the first time in seventy years, and strangers in black are showing up at the local schools. For the Ambrose family, it’s a sign that their quiet lives are about to be changed forever. The events signal the beginning of a struggle that will either push them closer together as a family, or tear them apart. To survive, each of the children must harness the strange new abilities with which they’ve been gifted and learn to fight as one. For Jeremiah Ambrose, the struggle to protect his children will force him to put aside his animosity for his brother-in-law Harper, and learn to see him in a different light.
But for Harper, the burden is heaviest. He alone knows the truth about the strange events and what they mean for his family. Something is searching for the Ambrose children. And when it finds them, the fate of the whole world will be decided…

The lightening of tension increased as he thought of arriving in New Orleans to his cousin’s presence. And then he realized that he hadn’t moved in nearly a minute.

He looked up and into the eyes of the stranger who he had incinerated just moments before in his living room. The stranger looked back at him with undisguised malice. His only features that were not ravaged by the fire Colin had hurled were his eyes. The rest of his face had been burned so severely that Colin could see the muscle, tendon and bone beneath the withered skin.

“Now who could possibly be in New Orleans?” the stranger asked with a grin. Colin did not think his face could have been made more gruesome, but the smile did just that.

“I don’t know what you’re talking about,” Colin said as he lowered the phone.

Movement around him made it clear that the four enemies who had been chasing him had caught up to him. He looked around to see them form a loose circle around him, making any escape attempt into a guaranteed fight.

Reluctantly, Colin folded the phone closed, ending the call and any possibility of a reunion with his cousin. The sadness of that realization struck him with a shock that elicited a sob from his frame.

The stranger smiled at his display of emotion, mistaking his reaction for one of true terror. But strangely, Colin felt a sense of peace that he hadn’t felt in decades. And anger. He felt it burn through him, a sense of indignation that these invaders had come again to try to destroy his world. And everything in it that he loved.

He crushed the cell phone in his right hand, obliterating it so that no leads could be garnered from it by his enemies. And then he drew his sword, smiling slightly as he saw each of his enemies crouch and draw swords of their own.

Their swords were of the blackest color, seeming to absorb the light around them. Colin’s sword glowed brightly in response, fighting against the blackness of his enemies’ blades. He looked at each of those who had drawn swords. There were four of them. He had fought as many before, but he knew nothing about these adversaries, though he would soon learn more than enough.

He knew there was still a chance for escape, if he could manage to break through and sprint for the busy road ahead.

He charged for the female, hoping that she would have the least strength and that he could power his way past her. She raised her sword, prepared to meet his. The two blades, light and dark, wove in a flurry of strikes and parries. Sparks flew with each meeting of the swords, casting an eerie glow against his enemies’ face.

Colin realized with dismay after the short exchange that the woman he faced was nearly his equal in skill. Though she couldn’t match his strength, she nearly matched his speed. Hedisengaged, falling back several steps as he looked around him.

The other three enemies hadn’t tried to engage him. They held back, their swords at the ready, but otherwise aloof. He picked his next target, the man he sensed to his rear. He remembered that he had been the biggest of the four, but seemed to move the slowest.

Colin spun on his heel and launched himself at the man. At the last minute, he ducked his head and fell to the ground in a roll. He flew under the big man’s strike, though he could feel the wind of the sword’s passing behind him. The shock of the man’s sword as it met the concrete ground caused enough of a tremor that Colin nearly lost his footing when he got back to his feet. He couldn’t believe the strength that had been behind that strike. If Colin had been just a split-second slower, he would have been cloven in two.

He ran forward, pouring on as much speed as he could muster. Twin blurs on either side of him told him that the other two men were nearly keeping pace with him, though he managed to increase the gap as he ran toward the line of trees to his left. His course was parallel to the street he so desperately needed to reach, but he hoped that the trees would aid him against his enemies.

As he ran, he allowed a portion of his mind to reach out to the trees around him. It was a skill that he had possessed since he was a child, the ability to speak to trees and have them do his bidding. He had used this ability all his life to coax trees to grow in areas that would otherwise have been inhospitable. But now he reached out to them in supplication, begging for them to aid him by slowing his enemies. They responded immediately, and he saw the branches of several in his path reach down as he passed. He heard the grunts and shouts of surprise as his pursuers were attacked.

He sprinted ahead, pouring his strength into the final dozen yards before finally breaking free of the tree line. But his momentary sense of triumph was broken by the three figures waiting for him, swords drawn.

He stopped completely, staring at the enemies blocking his way to freedom, dismayed at and yet accepting his fate. The crashing sounds behind him, punctuated by inhuman screams told him that the trees had done all they could and eliminated two of his foes. But it wasn’t enough. The three enemies left were each nearly a match for him individually. Facing the three of them together, he didn’t stand a chance.

He thought briefly of giving up, the possibility that his surrender would buy him some small mercy and lessen his suffering sounding tantalizing. But he knew there would be no such mercy from the monsters ahead of him.

As he gripped his sword and prepared to make his final stand, he whispered a prayer of thanks that he did not know the location of the Solas. He knew that his enemies would torture every last secret from him before they killed him, and that his death would be slow and painful. At least I can’t betray any of them, he thought.

The three figures in front of him, so different in stature and appearance, and yet eerily similar at the same time advanced as one. And Colin saw his death in their eyes. 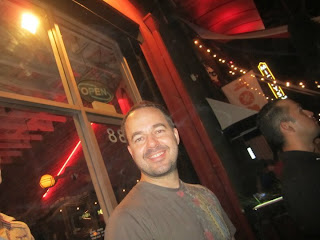 Author Bio
Alena Gouveia lives in Denver, Colorado with his husband Luis and their three dogs. He was born and raised in Hawaii, on the island of Oahu. Foolishly fleeing the sunny paradise of his island home, he eventually landed in Colorado, and realized that paradise comes in many forms. He began writing as a way to pass the time and soon realized that it was his true passion. Alena loves to hear from his readers and welcomes you to contact him at alenagouveia.com. He also thanks you for reading The Ambrose Beacon and hopes that you’ll stay with him throughout the entire story of The Solas Prophecy.
Social Media
Website / Author Facebook / Book Facebook / Twitter

because i love you by Tori Rigby book bl

To Hear The Rest More Clearly by Anne Py