I received this book for free from Xpresso Tours in exchange for an honest review. This does not affect my opinion of the book or the content of my review.

She’s sixteen. He’s seventeen. They don’t know each other…at least not yet.

She has a secret and her whole life revolves around keeping it. Every few months and with little warning, she simply disappears, pulled into the past for hours or even days. She’s terrified it will happen in front of someone, changing her life forever. So far, the only witnesses have been her parents, and that didn’t end well. She has no control over it and no idea why it happens to her.

He has answers—at least he understands what’s going on. He has a secret, too. He’s part of an organization that goes back in time to rewrite reality. But he also has a problem. He broke the organization’s number-one rule by altering his own timeline. As punishment, he’s been blocked from time travel, which is most unfortunate. Because the changes he made to his timeline, accidentally resulted in disaster for his family. A disaster he’s now prevented from repairing. No one can travel beneath the organization’s radar except a Shadow. But they’re rare, so rare he’s never even met one.

Then he moves to her town.

AJ sometimes just disappears like she can be standing there and then Poof she’s gone but only for a few second and then she reappears as of nothing happened. She doesn’t know why but she knows the tree in her yard makes her feel much better and the energy it produces gives her great comfort.

Constantine made a HUGE mistake, since he is an editor he is able to travel back in time and help the timeline of the future by make subtle changes that’s his “job” but when he goes back and breaks a major rule he is striped of his Time Travel privileges and now he is stuck with causing a major accident that has changed his entire life and the life of his family and he can’t fix it.

That is until he meets AJ

It’s the characters and the story that after the first two chapters I knew I was going to really like this book. Some books make the beginning a little vague and it takes a while before you find out what is going one. Rewriting Redemption pretty much give you everything you need right at the get go and you jump right into the story.

I really like AJ but I thought she was rather mousy. I think she lacked a lot of confidence in herself and really relied on Lex to be her back bone however she does sort of find one on her own but it takes a long time. Lex has a mouth on her and as much as I really liked her I felt she was to abrupt and at one point Her and Constantine had this huge conversation about everything and I felt that should have been AJ not Lex. It seems very out of place since the connection was suppose to be between AJ and Constantine so I felt like they lost that first time moment and sometime I just wanted her to shut up and let AJ talk. Ipod was an ok character I felt it needed more of him. He seems a little to far in the background.

The story is very detailed and I enjoyed reading it in both AJ and Constantine’s POV, it was never confusing and I thought it was done perfectly. Each chapter was dedicated to one of the main characters so the flow was very nice as it alternated between the two. It was very detail orientated like sometimes I didn’t think it was needed. Which just so happens to be my only problem with this book? It was twice as long as it should be, as much as I enjoyed most of the details I really thought it had WAY to much information and some parts were not necessary at all in my opinion. I think this book is fantastic but could have been told in half the pages with that being said I totally loved the end. It was just what I wanted and I loved how everything was wrapped up in a nice package.

I gave Rewrite Redemption 4/5 stars regardless of it being a little longer then it should I found it to have an incredible story and a group of wonderful characters. I totally recommend this book to YA and adults it is really worth the read. It’s another book that will stay with me for quite a while! 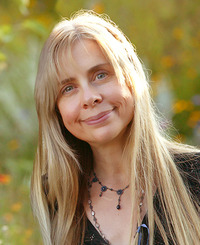 AUTHOR BIO
J.H. grew up in Central America. She now lives in the foothills of the Colorado Rockies with her photographer husband and many, many books. In addition to her never-ending study of human behavior, she’s a political junkie and a certified tree hugger. Rewrite Redemption is her debut novel.

After the Curtain Falls by Ainsley Shay

In Darkness We Must Abide Season 2 by Rh

#Review ~ The Pillars of Ponderay (The B

#Review ~ Revenge and the Wild by Michel

#Review ~ Where the staircase ends by St

Review ~ The Dolls by Kiki Sullivan

#Review ~ Of Giants and Ice (The Ever A