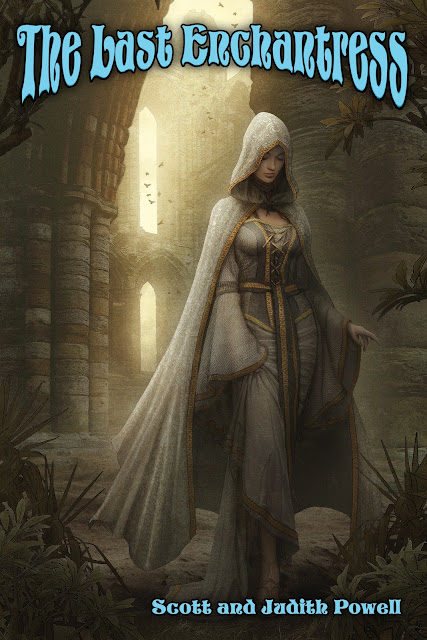 The Last Enchantress
by Scott & Judith Powell
424 pages
Published April 18th 2013 by Createspace
Being nineteen for over three hundred years bites, and being single in New York with magical powers isn’t much better.
Eva is trying to live an everyday life in New York. When this fails, she takes a seemingly unmagical job as a translator for a wealthy American family in Spain. Eva cannot stay out of trouble for long as she runs into a friendly but hungry vampire named Louis. Eva feels drawn to this handsome, dangerous stranger who has problems of his own.
Louis’s life was just fine until Eva walked into his church. She smells like heaven. Or is it hell, always smelling but never partaking? Surely she is the devil coming to collect on his lost soul.
Purchase link
Amazon
***************************************************
Who is Louis? 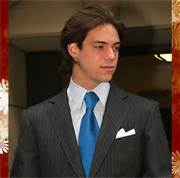 When I write for me it’s like looking into another universe. One that is right next to our own. It’s like someone has opened a window for me so I can look inside it.

So for the character of Louis, I thought it would be cool if he was a King or Prince of Spain in real life. I started to go through Spanish Monarchs.

When a voice inside my head said “The Sun King. The Sun King?” I didn’t think so and the voice was like “Yes, the Sun King.”

I knew the Sun King was a king of France not Spain and lived to be over eighty years old. Not at all a fit for Eva. But I know how these things work. So I went to Wikipedia to look up the Sun King where I found out that the Sun King’s second son became King of Spain. So I started to follow him. His first son whose name was Louis took the throne in his late teens and died nine months later from disease. This was perfect or a perfect fit for Eva. And that is how Louis came to be.

P.S.
For histories sake later Wikipedia updated Louis, he was in fact the great grandson of the Sun King.