Welcome to this weeks 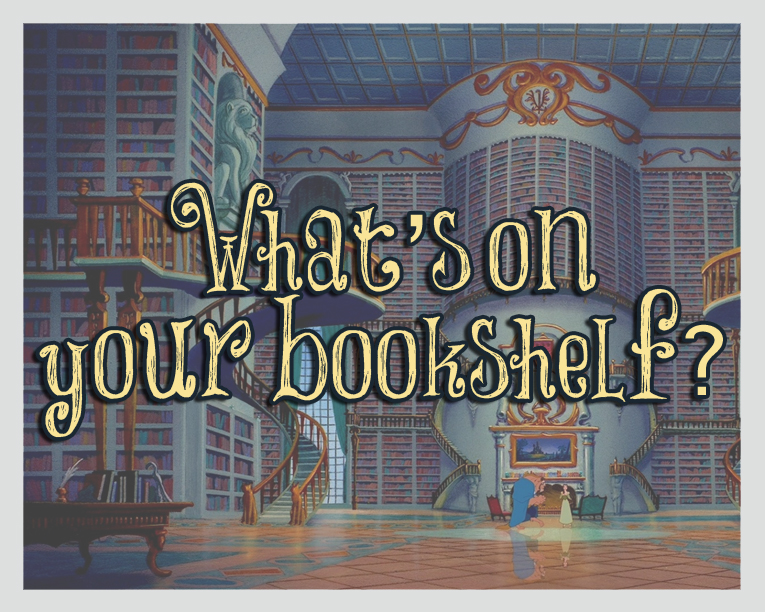 Today we have a recommendation from
F.J. “Nita” Wilson
for her books
Celestine: The House on rue du Maine
and
The Hornet Slayer 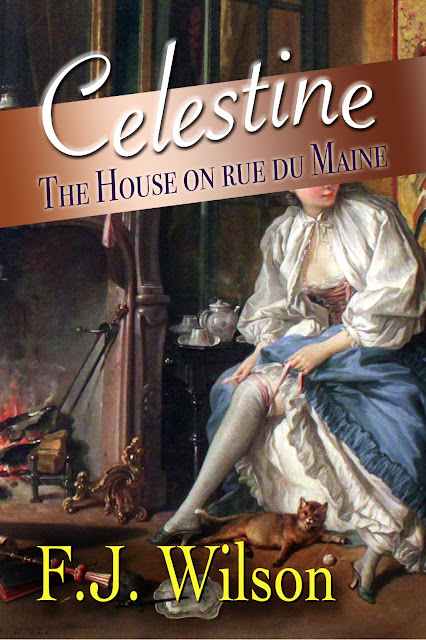 After spending decades working in the hustle and bustle of the Hollywood television and film industry, Mississippi native F.J. “Nita” Wilson returned to her roots in South Mississippi.  However, retirement didn’t slow down the former television writer and production supervisor.  Instead, she started work on her other passion, novel writing.  Her debut novel, Celestine: The House on rue du Maine, has recently been released by Chances Press and promises to delight fans of historical fiction especially those who enjoy an extra dose of spicy sensuality.  Do not let the cover of this book fool you; it is not your ordinary ‘Romance Novel’, but a sweeping story of hard times in old New Orleans.

In 1795 New Orleans, the Spanish controlled city struggles to rebuild after two devastating fires, and a young teenage girl is just as determined to leave her past behind and start anew. Celestine, the daughter of a Mississippi River prostitute spends most of her time hating herself, her life and the dirty men who rut with her mama. When she turns thirteen and her mama informs her she’ll be servicing the very men she hates and fears, she has no other option but to run to the good nuns of the Ursulines Convent where for the first time she encounters kindness and a different kind of life.

After meeting the dashing ship captain Maurice Dubois, a man with his own past demons to reckon with, Celestine allows herself to be truly loved for the first time. But when a shocking turn of events leaves her once again with nothing more than her own wits to survive, Celestine begins to realize the power her intoxicating beauty gives her over men including the debonair and infamous pirate Jean Lafitte. It’s this very power that Celestine learns to capitalize on to begin a new career…not as the common riverfront lady of the night her mother had been…but as the most sought after courtesan in all of New Orleans.

Despite some of the racier elements of the novel, the author sees Celestine as a novel about overcoming the odds no matter what life throws your way.  “Celestine’s willingness to outgrow her circumstances and find a happy place, is in all of us.  Celestine was lucky in that she found what she loved and didn’t let New Orleans corseted Creole society keep her from finding happiness.”  This is not a romance novel.  It is the would-be true story of a fictional character who could’ve lived in the old city.

About the Author:
F.J. “Nita” Wilson was born and raised in Ocean Springs, Mississippi and studied Theatre Arts at the University of Southern Mississippi under Dr. Gilbert Hartwig.  A career in TV & film production followed taking her to New York, Los Angeles, Canada and New Zealand.
She also wrote an episode of the Emmy award winning Kate & Allie. 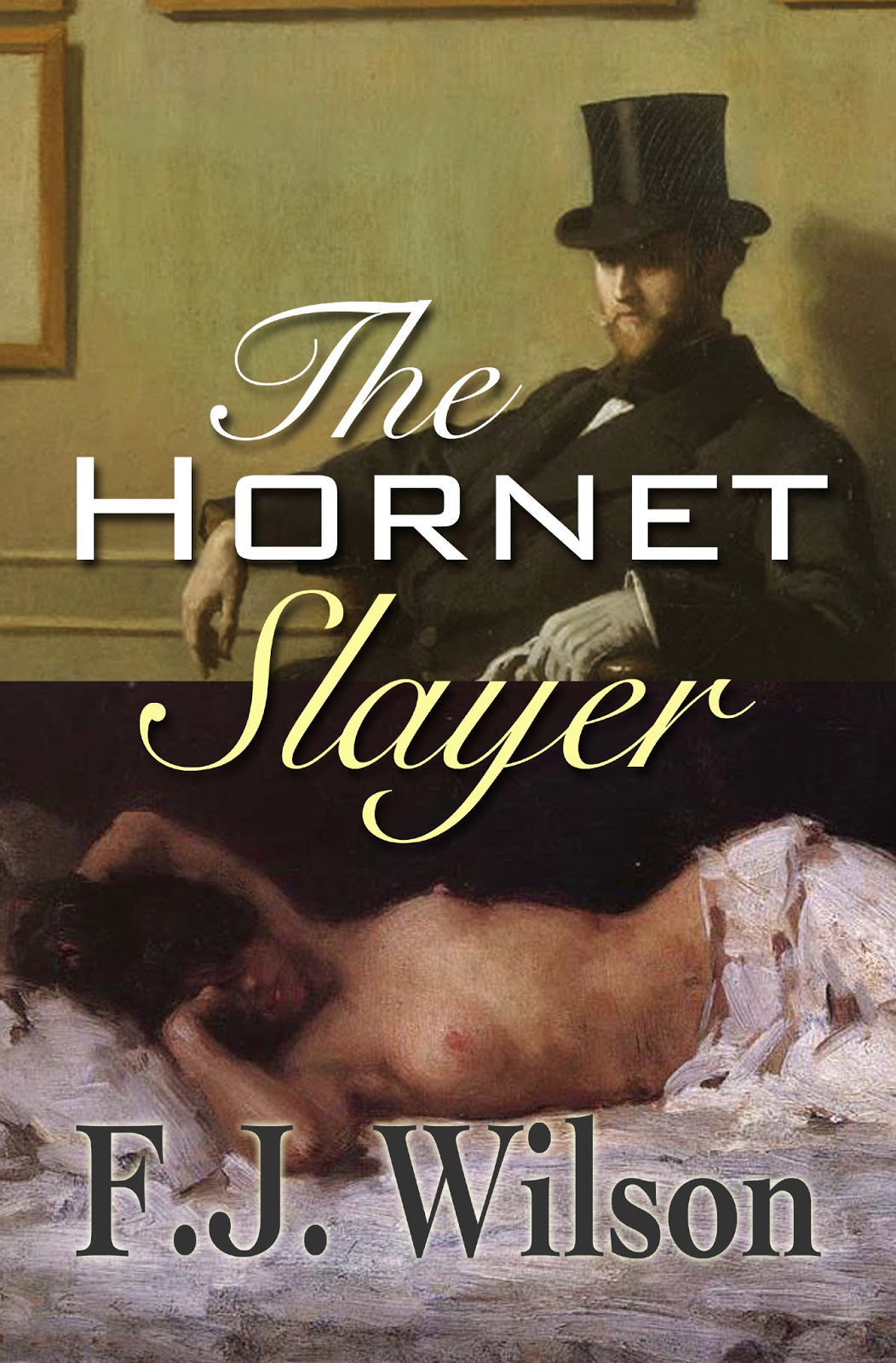 The Hornet Slayer
Drew Down, an accomplished son of a rich Kentucky planter, is destined to be the richest man in America; however, his life-long love for Daisy, a young, beautiful slave on his grandparent’s plantation, threatens to unravel their world and destroy their families. In this sweeping saga beginning with his lessons with the beautiful Courtesan Celeste in the house of her grandmother, Celestine, the Civil War, the collapse of King Cotton, and exiles to Europe, two lovers struggle to be true to their hearts despite society’s disapproval.

Drew is the courageous hornet slayer who uses his wealth and power to fight social and legal dragons, but Daisy is the calming force who captures the slayer’s heart with kindness and fights to secure her family’s place in what will become the melting pot of America.

Excerpt of the Hornet Slayer:“The music was working its magic in the hot afternoon and she moved to the slow beat of its wonderfully flowing rhythm. She could feel the insane heat in his eyes without turning around.  He stood, cupped her breasts and gently ran his hands over and under the swell of them, weighing them in his hands, surprised at the heaviness. She laid her head back against him and her hair fell across his chest. Drew’s erection was almost painful. Oh dear sweet Jesus, so this was why Adam was thrown out of Eden, what a ride that must’ve been”.

************************************
Would you like to be a part of What’s on your bookshelf?
here is what you have to do
Send me a message to my email: Limabean74@aol.com
with the subject line My Bookshelf with your favorite book or a book
you can’t keep to yourself with a couple lines saying why you like the book
(no spoilers) and on Thursday I will randomly select someone to
have a feature on my blog with the book you recommended and your name
If you are an Author or Blogger
please let me know so I can post websites
or anything else you need posted
regarding the book you recommend
(it can be your own book)


Thank you for stopping by and
checking out this weeks What’s on your bookshelf?
and Also to Mrs. Wilson for allowing me
to feature her book this week

Have a great day
and
Happy Reading

Lighting it Up Blue with Books! Autism A

NEW FEATURE "What’s on your b