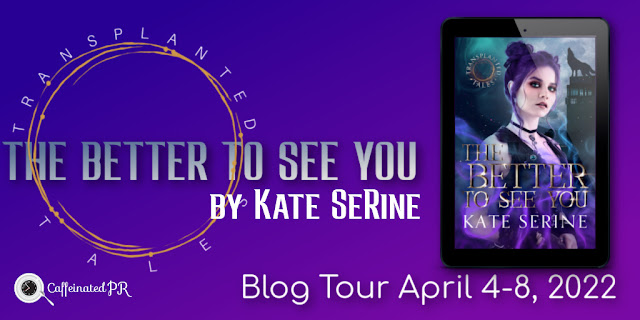 I received this book for free from Caffeinated PR in exchange for an honest review. This does not affect my opinion of the book or the content of my review.

Once upon a time, a spell went awry and Make Believe characters were cast into the ordinary world. And the results aren’t always happily ever after…
Everyone thinks fairy godmothers can do no wrong. But if not for a certain spell mis-cast by Lavender Seelie, Cinderella’s former fairy godmother, the Tales would not be stuck in the Here and Now. Fortunately for Lavender, she’s about to get a second chance at a happy ending…
The Refuge, a sanctuary for wayward Tales, seems like the perfect place for Lavender to start a new life—especially when she discovers an unexpected ally in Seth, the brooding werewolf who’s been typecast as a villain ever since his run in with Little Red Riding Hood. But when humans from nearby towns start turning up dead, their bodies mutilated with archaic Tale symbols, Lavender wonders if Seth’s deep sensuality has blinded her to the truth. And that distraction could put innocent lives in danger. Including her own…

I didn’t hesitate for even a minute when I saw the chance to read and review The Better To See You for this blog tour. After reading and LOVING Red last month, I was excited. Not only was I not disappointed, I was pleasantly surprised. I would say I like it MORE but Red was already five stars so… yeah. But it’s a five star read for sure.

Note: Spoilers ahead for Red if you haven’t read it yet. While this COULD be read out of order/standalone I really don’t recommend it, you’ll miss too much of the way the story builds upon itself.

Where to start? I guess I’ll go with the characters. We met them both in Red. We’ve got Seth Wolf – the big bad wolf that Tess “Red” Little had loved once upon a time. I was so excited to get more of his story, as where things ended for him in Red, I was sad for him and felt Red’s anguish for him. Learning his full story was so exciting and also seeing him finding a slice of happiness was rewarding.

Then there’s Lavender, also known as Cinderella’s Fairy Godmother. If you have images of a sweet old grandmotherly type singing “bibbidi bobbidi boo” – banish that image immediately. Not only is Lavender the fairy responsible for casting the Tales into the Here and Now (aka, our Ordinary world) but she’s basically the most bad-ass, powerful fairy around. Well, she was before she colossal effed up (see the aforementioned casting into the Here and Now). Now she’s a fairy without her wings and some misbehaving, erratic magic. When we met her in Red she was a drunk, drowning her sorrows and mistakes in a bottle, unhappily living with Cindy and her prince.

I have to admit, I wasn’t super excited about Lavender initially. I was sad that I wasn’t going to continue to get the story for Red’s POV (don’t worry, we do still get a continuation of her & Nate’s story!) and didn’t know that I would really love her the same. But within the first chapter I was disabused of that notion. Y’all she’s so loveable! And if you like a character that grows – here you go! A lot of her growth has happened already but you’re getting to see it in the rearview which is also pretty great. And she’s really quite a badass.

Also the romance! Like I said, get rid of that “bibbidi bobbidi boo” fairy godmother notion or some of these scenes between Lavendar will be a bit disturbing. For me, that image was gone and instead they had me blushing. *fans self* they are an electric couple. Unlike Red and Nate who spent so much of their book fighting their attraction, these two are on fire pretty quick.

Last – but certainly not least – the plot/mystery. I found myself wishing I was buddy reading this (as I do frequently) because I was DYING to talk to someone about my guesses. Kate SeRine did an amazing job keeping me guessing. I had so many culprits at one point – sure I guessed the right one, but when you have THAT MANY people your considering, you’d be a really bad guesser to still be wrong. So many really good misdirections mixed in with the absolute correct info, I was on my toes the entire time.

Really looking forward to the next book!

Shaking violently from the pain wracking my body, I lay there, the raindrops mixing with my tears as I sobbed and watched helplessly as pine needles gathered together, creating a thick rope that wound itself around my arms and torso, pinning me to the ground.

Briefly, I wondered how people would remember me after I was gone. Would they speak the name Lavender Seelie and think of the fairy godmother who’d once wielded almost unparalleled power and skill? Or would they remember only the screwed-up fairy who’d ruined their lives when that same power had betrayed her?

After several agonizing moments, I finally heard the creature leap across the ravine and snapped out of my last-minute pity party, fear and panic once more flooding my veins.

There was no point in trying to summon my magic now—it had deserted me, that was pretty freaking clear. I just hoped like hell my death would be quick.

The creature prowled toward me, its massive bulk a mercifully indistinct silhouette, and I swear I thought I heard it chuckle, the sound sending chills down my spine. Then from behind me came the whisper-soft padding of paws on the underbrush. In the next instant, a great white wolf leaped over me and slammed into the shadow-creature. The two rolled end-over-end in a tangle of claws and teeth, coming to rest with the wolf on top, its lips peeled back in a vicious snarl.

I turned my head to get a better look just in time to see the wolf grab the creature’s throat in its teeth. The beast’s howl ended abruptly as the wolf gave a powerful shake of its head, tearing out a large section of demon dog’s throat.

The wolf flung the chunk of flesh into the underbrush then cautiously padded toward me, its head down between its shoulders, sizing me up. As it came closer, I realized it wasn’t an ordinary timber wolf. This animal was easily twice the size of any wolf I’d ever seen and had a distinctly human intelligence shining in its eyes.

I didn’t stand a chance.

It bit through the pine needle rope and shook its head, scattering the needles all over the ground. The rest of the needles instantly fell away, and the trees halted their brutal assault.

I raised a bloody, trembling hand, not sure if I’d just exchanged one predator for another. “Please,” I managed to gasp between the quick, shallow breathes that were all my punctured lung would now allow. “Please…”

In response, a soft shimmering light encased the wolf, and where the beautiful creature had stood, now crouched a man, his ice-green eyes still glowing. As he gently lifted me into his arms, I cried out, pain engulfing me.

“It’s all right,” he said softly, cradling me against him. “You’re safe now.”

I looked up into the grim face of my rescuer, now recognizing him. How could I not when I’d seen his face on Wanted posters and in the Tale news so often over the centuries?

As pain and nausea sent me careening toward a dark abyss, his name drifted to me:

The Better to See You

Along Came A Spider 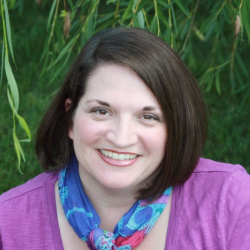 Kate lives in a smallish, quintessentially Midwestern town with her husband and two sons, who share her love of storytelling. She never tires of creating new worlds to share and is even now working on her next project — probably while consuming way too much coffee.

The Better To See You Blog Tour Giveaway

Enter to win a $25.00 eGift card from the retailer of your choice (Amazon, Apple, B&N or Kobo). Open to anyone who can receive a US eCard from listed merchants. Giveaway ends April 14, 2022. 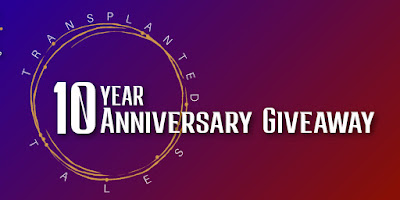 Join Kate SeRine’s newsletter for the chance to win a $100.00 Amazon eGift Card. Winner will be selected at random from her active subscriber list on December 16, 2022. Enter here ➡️ https://www.subscribepage.com/w8n0q1

Was it Good For You?

#Review ~ Christmas Under a Cranberry Sk

🎧 Just a Few Books That Surprised Me

#Review ~ Once Upon a Zombie (The Color