So lets Light it up blue this Month
for my son and those affected with Autism
and help raise Awareness that different isn’t a bad thing!

Autism is a disorder of neural development characterized by impaired social interaction and verbal and non-verbal communication, and by restricted, repetitive or stereotyped behavior. The diagnostic criteria require that symptoms become apparent before a child is three years old.[2] Autism affects information processing in the brain by altering how nerve cells and their synapses connect and organize; how this occurs is not well understood.[3] It is one of three recognized disorders in the autism spectrum (ASDs), the other two being Asperger syndrome, which lacks delays in cognitive development and language, and pervasive developmental disorder, not otherwise specified (commonly abbreviated as PDD-NOS), which is diagnosed when the full set of criteria for autism or Asperger syndrome are not met. via Wikipedia

It’s like a mother just knows when something isn’t right. At 6 months old I felt that my son just wasn’t doing things other kids would do but I kept telling myself all kids are different. For some reason I just kept getting the feeling I was missing something and I asked the doctor but he kept brushing me off. A mother knows, he wouldn’t make eye contact, he would disappear in his rooms for hours never come back to find us, he would line up anything and everything and wasn’t talking only making noises. We finally realized something wasn’t right when we were at a party and a balloon popped causing all the kids to stop and look, some were crying other just looked surprised but not Ryan he just kept playing like nothing had happened. My sister had Early Intervention for my nephew, which is a state program that comes to help a child in home with speech or fine motor skills. I thought maybe I should call them since I figured him not talking was an issue.

The ladies came to evaluate him and see if he qualified for the program. It was the first time in my life I never wanted to be right. The evaluator said that it might be in our best interested to have him tested for Autism and he would require services from the state. He had 4 hours of developmental therapy and 2 hours of Occupational Therapy. He hated it but it worked, He got a diagnosis of Autism in November of that year, Actually he is on the spectrum, PDD-NOS (pervasive-developmental disorder not otherwise specified) meaning he shows most but not all signs of autism, he also had sensory integration disorder, pragmatic language and severe behavioral problems. It’s a lot to take in but Early Intervention helped him so much, until he had to go to school that was when the real fight started.

Now I want to go into detail about the school but at this point it’s in the past but it was one hell of a fight and I was ruthless, even now they dread when I call on the phone about my Ryan 🙂 I like it that way. Always the supervillian never the hero when it comes to the school (at least to my son I am a hero) they are just jerks and for 3 years denied services only until he was suspended in Kindergarten (yes kindergarten) did they finally out source him (he goes to another school out of district) The school he goes to is wonderful and have helped him so much. He still has his issues every now and again but they are few and far between. This adventure has been a huge fight and I plan to fight with him as long as he needs me to.

My son has taught me more about life then I could have taught him. He sees the world differently and has shown me to open my eyes and see it the same way. He is an amazing kid and so very funny, I am so proud of him everyday and Thank the heavens that god choice him to be my son. I love you Ryan with all my heart and soul and I know whatever you plan to do you can do anything 🙂

I have added a few books that have been great resources for me when I was going through the beginning stages of autism and this information helped me. I also added Stim a book I just recently read and Ryan’s favorite book on Autism, Chicken Boy, we read it often and it was the bridge that helped me explain to Ryan what he has and why things are different for him.

Clicking on the books with take you to the goodreads synopsis. 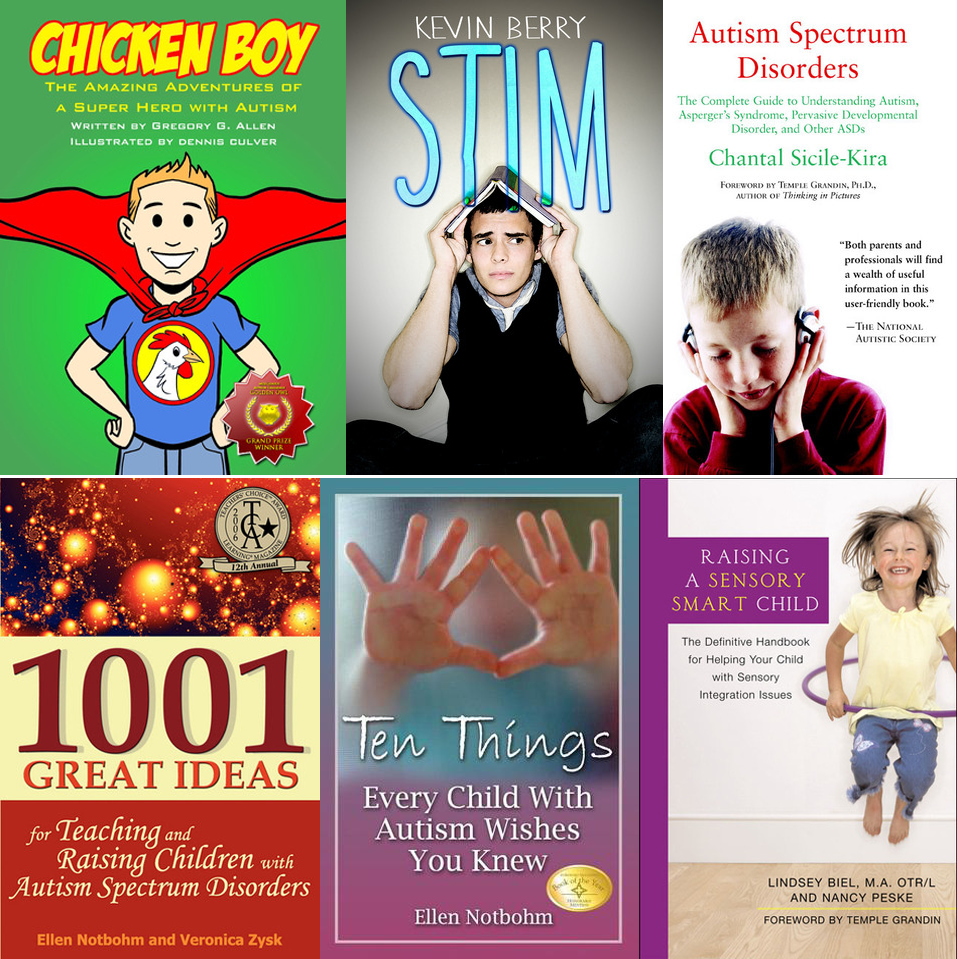 Dragonfly Nightmare by Erin Richards **B

Recapping the Month ~ Monthly Rewind May

Task It Tuesday! ~ Bloggiesta and Blog A

***Cover Reveal*** Cross Me off Your Lis